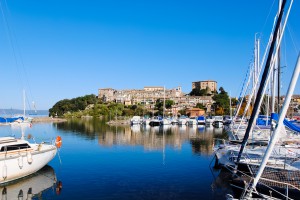 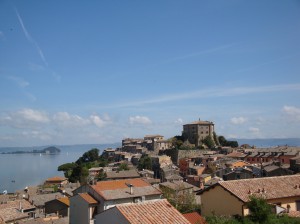 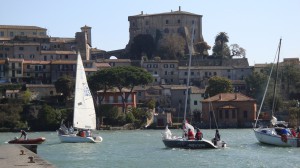 The medieval town of Capodimonte stretches on a spur of lava rock that plunges into the water of Lake Bolsena.
The village is dominated by the 16th century castle, the Rocca dei Farnese, built by Antonio da Sangallo the Younger that overlooks the town.
Capodimonte is a lively summer resort with a small boat harbour, a pleasant promenade along the water in the shade of large and ancient trees, and a spacious free bathing beach.
The water of the lake is perfectly clean and suitable for swimming. One can also take organized boat trips from the port, with stops for bathing. It is also possible to rent motor boats, canoes and pedalos from the beach.
Capodimonte is logistically well placed as a base for visits to places of historic and artistic interest in the Tuscia of Viterbo, in Tuscany and in Umbria.

HOW TO GET TO CAPODIMONTE

From the A1 highway take the Orte exit. From there the SS 675 highway in the direction of Viterbo. Take the exit for Lago di Bolsena, Montefiascone and Siena. After the exit, take the SS 2 Cassia highway north, and after a few kilometres turn left on the SP 7 provincial road, known also as the Via della Commenda, and follow the directions for Montefiascone. After a bit the SP7 changes name to SP 8.

From the SS 2 Cassia highway coming from the South. After the Viterbo Sud turnoff take the SS 675 Orte-Civitavecchia in the direction of Orte. Leave the SS 675 following directions for Lake Bolsena, Montefiascone and Siena. Continue on the Cassia northwards for a short stretch and then turn left for Capodimonte on the SP 7 Via della Commenda, which then becomes the SP 8 Verentana road.

From the SS1 Aurelia highway, turn off at Montalto di Castro and proceed in the direction of Canino, Valentano and Lake Bolsena on the SS 312 Castrense road.

The closest railway stations are Viterbo, with trains from Roma Ostiense or from the Valle Aurelia station of Rome’s Metro A line, Orte and Montalto di Castro. 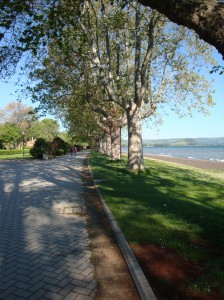 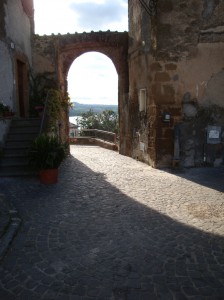 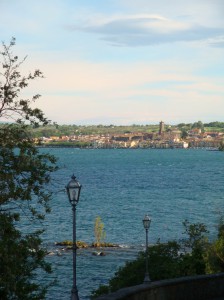